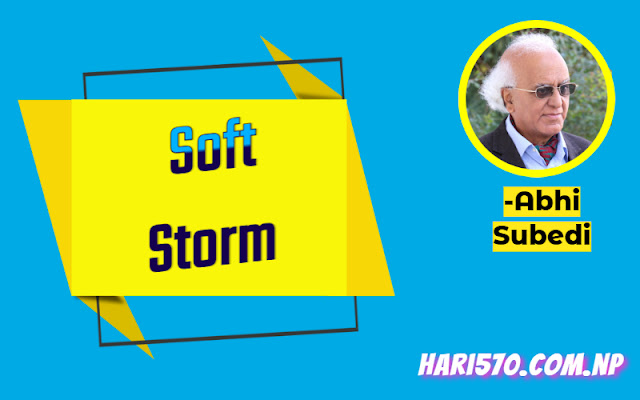 a. When does the speaker grow soft? Enlist the occasions when he grows soft.

➜ The speaker grows soft on various occasions. They are enlisted below:

b. What do you understand by ‘this seamless city’?

➜ By ‘this seamless city’, I understand a city where residents can wander around freely, free of social disruptions or problems, and experience the true fruits of freedom and happiness, unbiased.

c. Describe the poor children portrayed in the poem.

➜ Under the bat-bearing trees of Kesharmahal in Thamel, poor homeless and parentless youngsters cry out in hunger and poverty. They are deprived of their constitutionally guaranteed fundamental rights.

d. What do you understand by ‘the unwedded gardens of history’?

➜ I understand the unaddressed incidents in the past, as well as the society’s ignored culture and traditions, which literally translates to a lawless, chaotic condition in Nepalese society caused by social and political hegemony.

e. Why was the forlorn child wailing?

➜ The forlorn child was wailing to find his mother in the corridors of violent history.

f. What do you understand by ‘soft storm’?

➜ I understand Abhi Subedi’s inner disturbing feelings as a result of a lawless society and chaotic atmosphere by ‘soft storm,’ the two words combined by Abhi Subedi to title his poem. A storm denotes bad weather, but when combined with the word “soft,” it signifies the chaotic times that the poet observes in today’s society.

g. Why does the speaker call our time ‘mad time’?

➜ Because our time in current society is not under the control of the constitution or the law of the nation, the speaker calls it “mad time.” Corruption, favouritism, sociopolitical unfairness among the people and environmental degradation are all prevalent in society, according to him.

h. What does the speaker want to do in “hard times”?

➜ In “hard times”, the speaker wants to melt like a rainbow.

a. The poet uses the word ‘soft’ with the words like ‘storm’ and ‘gale’, which generally refer to disorder and violence. What effect does the poet achieve through the use of such anomolous expressions?

➜ An anomolous expression is a syntactically well-formed but semantically meaningless expression. The expressions ‘soft storm’ and ‘softness rose like a gale’ in the poem are uncommon and paradoxical in nature. The poet produces a psychological effect using these terms. He can express his troubled inner experience by connecting two contradictory ideas.

b. What is the speaker’s attitude towards the time he describes in the poem?

➜ The speaker’s attitude toward time is not as positive, as he finds no specific work being done by humans at specific times. He thinks the time is messed up since he notices a lot of strange things going on around him. He is experiencing difficulties because society is in full disarray and out of control. As a result, the speaker in the poem has a negative attitude toward time.

c. What is the speaker like? Is he a rebel? Why? Why not?

➜ Yes, the speaker is like a rebel in the poem but his rebellious nature is not directly depicted in the poem. The poet finds the society in chaos, with people living in poverty, hunger, and corruption. He observes hungry homeless children crying. He sees people who are forgetting history and treating each other inhumanely. He appears to be a rebel, challenging everything.

d. Explain the stanza below in your own words:

speaking in the earth’s ears

in the far corner

of history and dreams

➜ These lines are from the fourth stanza of Abhi Subedi’s poem “Soft Storm”. In the given lines, the poet expresses his discomfort when he observes a person in a bad condition late at night.

From these lines, the poet describes a man with a blood-stained shirt and bruised human lips who is unable to speak because the powerful residents of the night have silenced his voice. The moon of history and dreams, which refers to the history of human aspirations and accomplishments, is occasionally covered by clouds. When the moon rises, the moonlight falls on a culturally and historically significant location. The landowners and the labourers are linked by the game of hide-and-seek.

a. Write an essay, highlighting your dissatisfaction towards social, cultural, economic and political issues prevailing in Nepal at present.

Due to economic and social conditions, social stigma, and a lack of access to knowledge, a huge portion of Nepal’s population is unable to participate in political and public affairs, as well as gain social and cultural equality.

I oppose this competitive multiparty democratic system of governance, which is inherently unstable, and I oppose the rule of law, human rights, and fundamental rights mentioned in the constitution, which are only named independence and a free and fair judiciary because these things are only projected in documents, not in people’s everyday lives. Political leaders are simply engaging in dirty politics, infringing on people’s rights and the constitution.

Dalits are the most discriminated people under the old caste system, who face restrictions and limited economic prospects in society. I am completely opposed to the country’s current social system. There is widespread corruption, as well as nepotism and favouritism, throughout society. Even though the UN thinks that poverty in Nepal is rapidly decreasing, a quarter of the population remains impoverished. Gender inequality, discrimination against women, girls trafficking, violence against women, and many other issues plague today’s society, which I find objectionable.

b. Suppose you are a rebel, who wants to change the society by eliminating malpractices and anomalies prevailing in the society. Draft a speech outlining your vision for change.

➜ Respected gentlemen and ladies, as well as my beloved friends I’m Himal Poudel, and today we’ve joined to speak out against societal malpractices and anomalies, and how they’re obstructing our country’s growth. Alcoholism, racism, and child abuse are examples of prevalent social malpractices or social evils in contemporary society. Nepal also has plenty of other societal issues, including caste, child labour, child marriage, illiteracy, gender inequity, superstitions, religious disputes, and so on. The majority of people in society are opposed to social evils.

Our forefathers classified people into groups based on their occupations, such as Brahmins, Kshatriyas, Vaishyas, and Sudras. Sudras are the most oppressed people. People from the other three castes are not allowed to contact them, and they are not even allowed into the temples. These were the negative consequences. Child labour and child marriage are the second issues. Without education, a child is like a bird without wings. Your child would have a lot of problems in today’s world if he or she didn’t have a good education. There is an appropriate age for everything. Make your kids study until they are ready to go to work. One of the socio-economic challenges is illiteracy. We, as educated individuals, must raise awareness among the ignorant.

Poverty is a serious issue that must be addressed as soon as possible. Poverty is caused by illiteracy, the caste system, and unemployment. Unemployed people should be given training by the government. Uncleanliness and sanitization are also social ills. People’s negligence and laziness are to blame. Every individual must work to keep our country clean. Women’s poor status and gender discrimination have grown commonplace. The restricted worldview of society is to blame for both of these problems. All of these evils are linked. They put a stop to the majority of our future people. To combat these social ills, we must obtain the proper education based on ethics.

The government must work more effectively to address these issues. To address all of the problems, the first and most important step should be to educate the public. There is still much to be done to rid our society of the remains of a variety of societal ills. As Albert Einstein Said, “The world is a dangerous place to live, not because of the people who are evil but because of the people who don’t do anything about it”. This brings my discourse to a close. Thank you all very much, and I wish you all the best in your efforts to eradicate these social malpractices from society as quickly as possible.